A Journey in Writing

I have three blogs, and a Facebook page all currently neglected and, as such, niggling away at the back of my mind. So, although not a resolution at the start of the year, it is time to put the matter right. (The emotional blocks for not doing so before will be recorded elsewhere, so I’ll post links to my other blogs, as I resurrect them, for those of you who are interested.)

Of course, a major barrier to writing is life itself but for me that, ironically, means writing. The business of it: studying its form and its style, flexing its muscle, networking and producing takes much time and it is these areas that have given me the excuse not to blog.

First was the MA, in Creative Writing, undertaken at The University of Portsmouth (in the UK) and now a follow on PhD. I was accepted on that programme in the same week I graduated from the MA, with a Distinction, as the ‘dux’ graduand of my cohort.

It was an incredible week: at the ceremony, I shook the hand of university chancellor, Sandi Toksvig, fibbing the only reason I’d studied the MA was to shake her hand. Several hundred students had already drilled past her that day, gleaning a smile and acknowledging nod, so I said it for her amusement. But she surprised me more, I think, saying, ‘Aw, have a hug!’ So I did.

It’s a moment I hold dear.

Sharing our stage, the professors’ faces changed from drowsy to wide-eyed amusement. Some of them may remember it too – especially, perhaps, those who’re still there as signposts on my route map.

There is one thing I’ve learned though, beyond the skills of production: take time to enjoy the journey, look around – not so much to smell the coffee, although that often helps, but to dwell on the landscape and take in the air. It is there you will find yourself; there is your voice.

With regard to the ‘reputable creative writing course’- I should have fought for the return of my fees, on the grounds of tardy service, but I didn’t. I could have demanded a change of tutor, but I’d run out of energy and, in any case, the materials were good and the feedback excellent, when it eventually arrived. So, I thought I’d just tinker along with it while I busied myself with another, more rigorous course. But life doesn’t work like that – or my life doesn’t.

It is typical of me to throw myself manically into any new venture, so I had already been casting around for the next step up. It was time to bring it into play. The Open University had a level one (first year, undergrad) course with a creative writing element and no-one there was going to say no to me. Yippee! This was perfect.

The course (A150) was a mixture of history, literature and creative writing and, as my degree had covered two of these elements, I felt it would be a good academic refresher (ya boo sucks to my earlier refusers) as well as helping to build my writing muscles. The course was well structured and, although I nearly fell out with one peer re his inconsiderate commandeering of the required jointly written wiki, I loved every minute. It did everything the blurb had led me to believe and even reintroduced my to the experience of academic examination. My writing was definitely improved by the experience, even though the new (to me) concept of flash fiction was not my cup of tea – as evidenced by the much lower score I received for the creative writing exam task. But my overall exam pass was respectable and the other writing assignments scored reasonably.

Still bruised from the earlier experiences, but now encouraged, I decided on a dedicated OU course in creative writing: booking onto a level two that started in the November, and also onto a short course to take me through the summer. It was costing me a fortune, and my dipping pool was being fast depleted, but this was far too important to stop. The tardy tutor long forgotten, I really felt I was on my way.

I was lucky enough to have some funds put by for the purpose, so searched around on the Internet for likely creative writing courses. It was a quagmire! Everyone and his aunt professed to know how to write, but most seemed to be earning their crust by writing about how to write, without doing any actual writing themselves. Was I too cynical? Perhaps! In the end, I decided to favour a UK based programme, that appeared replete with favourable testimonies and I parted with £600 of my hard earned cash. There were different formats of writing, but I thought the short story would cover most bases and give me a good start.

The course overview and projected tutorials looked fantastic. You could study at your own pace and you had up to two years to complete the twenty or so assignments. I hoped to do it in less than ten months, taking into account the two weeks my allocated, published author, tutor was allowed before responding. I planned, if making good progress, to reapply for the MA even before finishing the course. I knew though that I had to be realistic and that I might need to buy into a second programme: perhaps the one for aspiring novelists, or the one on memoir. I already had my long term project in mind and it straddled both these camps.

The course materials and first three assignments were sent via an email link and I got stuck in. The first task was just 300 words and, because the second task was there I went straight on with it. There was a note though, to wait for feedback before moving on to the third task. There was no problem with thinking around it though, right? So I did. I was keen.

Three weeks after I’d sent my first assignment off, I’d not heard back. The second assignment was in my out tray and the third was burning a hole in my head. I emailed the tutor. Nothing! I emailed again, copied to the ‘head of school’. Nothing! Then I emailed directly to the head of school, who responded with an apology that the tutor had been unwell and would respond shortly. Three days later, five weeks after my submission, I received my feedback. It was pertinent and, although three weeks late, worth waiting for – it looked as though my money was well spent.

Having given assignment two the once over and a few heavy edits in light of the feedback, I winged it off for my guru’s perusal. I was making progress; I would be a writer. The next three weeks tick-tocked by: I heard nothing. Four weeks, and I was climbing the walls. I emailed the head of school, who responded that writers were very busy people and she was sure she’d get back to me soon. She didn’t. I emailed again, vociferously. This time I was told my tutor was on a book tour and had forgotten to tell them. They were sorry, but she promised to contact me in the next two days. Bingo, she did, and again it was great stuff. She sent too a profuse apology – stating someone close to her had died and she’d been too emotionally wrecked to tend to her work. Really! Well, she was a writer!

I threw myself in to assignment three, pouring my heart and soul into it. I tweaked it, I honed it, I ate it, drank it, breathed it, dreamt it and sent it off five days later. I was sure it would be good enough to make the grade, to show an upward trajectory in my learning and prove my commitment to this art of writing. Perhaps it would even be one of those chosen for publication on the course website. Perhaps not. But it wasn’t until it had been sent that my placated frustration re-emerged. There was no assignment four to flex my muscles, it would arrive with the next feedback – scheduled for two weeks but likely longer if history repeated. It was longer, and although I could see the worth of the course, it was not proving enough. I was so hungry, I could have devoured any number of writers whole – in the cannibalistic belief, you become what you eat. I needed to keep up the impetus, so returned to the net and trawled again, my money had to buy more than Jack Sprat or herrings.

At thirteen I wrote poetry, revisiting the practice throughout my teen years. Then I didn’t. I forgot about it, more or less, thought I might get back to it some day.

At forty I tried my hand at children’s stories. I had kids, taught teens, knew all about them – how could I fail? Like most would be writers, I had other and often more immediate draws on my time – life. It was not only the kids, but a career, a difficult marriage and a lack of belief. Don’t get me wrong, I thought I could do it, even won a couple of competitions ( a children’s story / a tv script) – but I didn’t, absolutely, without a cloud of doubt, totally know I could do it. Not then.

Then, a few years back and flying solo, I made a decision: I bowed out from my career to follow that old dream. How better to learn the craft than to study it at an academic level. I already had a degree, so an MA seemed the answer. Wrong. Well for me, then, it was wrong. I’d assumed I would get a place (I’d be paying) but, without a considered portfolio and only a week to produce one, I fell flat on my face. ‘You can’t write,’ I was told and, ‘Your academic experience is too long ago.’ Erm, my life as a successful English teacher was being called into question. How dare they? Then I pondered on two points: i) my writing might just be too bound by ‘the rules’ and ii) to find the means to prove them wrong. Of, course, I don’t even know if they’d really read my application, but I took them at their word. I knew then, to succeed I’d have to unlearn then relearn; I’d have to crash the ivory tower right down to the ground, smash it to pieces and build it anew.

And that is where this story begins … 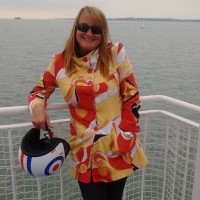 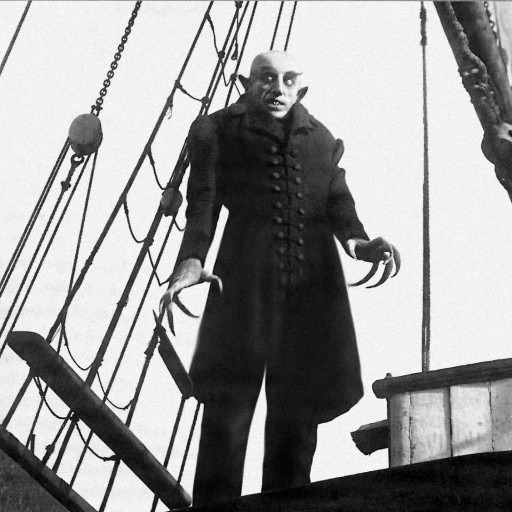 One Chance to See the World

Poetry that purrs. It's reowr because the cat said so.

Learning is knowledge transfer to brain known as learnography

Musings and books from a grunty overthinker

Smile! You’re at the best WordPress.com site ever

Adventures in Poetry and Prose

'the writing life of Amanda Garrie'

The Open Graves, Open Minds Project began by unearthing depictions of the vampire and the undead in literature, art, and other media, then embraced werewolves (and representations of wolves and wild children), fairies, and other supernatural beings and their worlds. The Project extends to all narratives of the fantastic, the folkloric, and the magical, emphasising that sense of Gothic as enchantment rather than simply horror. Through this, OGOM is articulating an ethical Gothic, cultivating moral agency and creating empathy for the marginalised, monstrous or othered, including the disenchanted natural world.